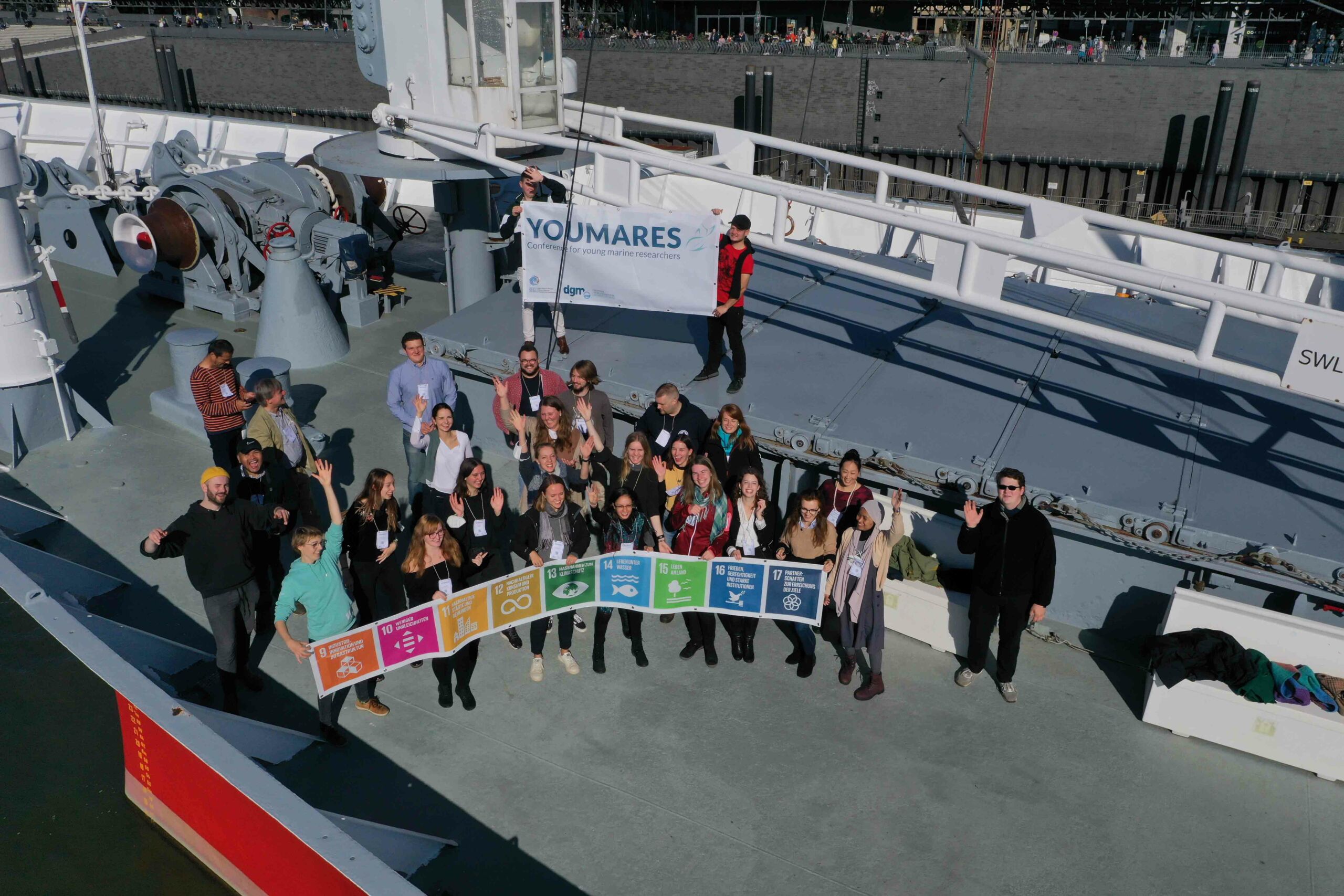 YOUMARES 12 will take place in Hamburg City on board the Museum ship Cap San Diego and online.

The Cap San Diego is a museum ship with berth at the Überseebrücke in Hamburg Port. Built in 1961 as a general cargo ship, the ship was until the 1980s years in liner service with South America. The motor vessel Cap San Diego is the largest operational museum freighter of the world.

By train (from main station/ZOB): from Hamburg main station, take the U3 to Baumwall station.
Arrival by car is not recommended as there are hardly any parking spaces on site.

Direct or indirect exposure to pollutants through the water body, sediments or aquatic biota can threaten human health in manifold ways. Examples are the bioaccumulation of mercury along the aquatic food chain or the dispersal of fecal contaminants through insufficient waste water treatment. At the same time, the consequences for human health are varying upon contaminant, concentration, exposure duration and the persistence of the contaminants.
Moreover, the oceans provide a large variety of ecosystem services connected with the well-being and health. In this context, the degradation of the oceans has a detrimental effect on human health.

Thus, today and for all future generations, it is of key importance to obtain a better understanding of how ocean degradation and human health is connected. We invite speakers to present their research about the interaction of aquatic pollution and human health, without being restricted to topics such as contamination of seafood or other exposure routes to contaminants.

This session is about water pollution through microorganisms and harmful algae blooms. We invite speakers to present their research about the link between eutrophication, harmful algae blooms and related food borne diseases. It also includes research about possible methods to control high nutrient load and feces produced by aquaculture facilities but also the control or detection of toxic microalgae.

The exploitation of natural resources from both coastal- and open-ocean environments for the benefit of humans, has brought several discussions from different industry and academic fields. Habitat devastation, overfishing, noise pollution, ship traffic, oil spills, dredging and detonations are only examples on how the industrial exploitation is harming marine life.

At the same time, the input of various chemicals from the land to the ocean is one of the largest threats affecting water chemistry, sediments, marine life and biological cycles in the coastal ecosystems. Even if several industrial inputs have been stopped in the past and progress is made towards more sustainable, circular economy, large amounts of pollutants are still released or persist in the environment. The environmental impact of todays’ innovative products that are brought to the market is often unclear and they could become the emerging contaminants of the present and future. The necessity of bringing chemical pollution into public consciousness is crucial for past, present and future events.

In this broad session, we invite young marine researchers working in the industrial field, with marine contaminants and emerging pollutants, marine chemistry but also exploitation of fisheries and noise pollution.

Session 4 - “It’s all about plastics”

“It’s all about plastics”

Nowadays, plastic pollution in the ocean is a global emergency. The oceans are receiving several amounts of all manner of plastic debris every day, impacting marine environment and human health. Approximately, up to 80% of the waste accumulated on land, shorelines, the ocean surface, or seabed is plastic. Ocean plastic pollution is a contemporary challenge that has attracted increasing scientific concern, bringing together different initiatives and agreements on an international, national, regional, and local scale, all around the world, involving scientist, governments, and stakeholders.

In the framework of the Decade of Ocean Science for Sustainable Development (2021-2030) of the United Nations, we invite you to share your research, project and initiatives related to ocean plastic pollution and its impacts on marine organisms, the marine environment and human health.

Return to healthy – restoration and resilience of polluted marine areas

Healthy ecosystems and their functioning are of greatest importance for humans and marine life. They provide nursing areas, feeding grounds, habitats for marine life but also ecosystem services like coastal protection, recreational spaces and many other. The degradation of marine life, coastlines and the open ocean, as well as the influx and accumulation have major impacts on local biodiversity and the functioning of these spaces. It is thus of major importance to prevent, halt and preserve the degradation of ecosystems and investigate suitable mitigation measures and how the resilience can be methods their resilience can be restored.

Related to the UN decade on ecosystem restoration, we invite speakers to present their research about restoration of coastal and maritime ecosystems as well as their resilience to different environmental threats. Furthermore, this session invites talks about the remediation of ocean habitats.

The introduction of non-indigenous and invasive species in the aquatic environment can heavily alter marine ecosystems and have negative consequences for the functioning of local biodiversity. Biological invasion events are mostly associated with human activities, such as maritime traffic, tourism activities but also the intended transfer of species.

This session is about the direct and indirect impacts that these species can have on marine biodiversity.  We invite speakers to present their research about the impact of NIS and invasive species, without being restricted, to topics such as their impact but also how consequences of these invasions could be approached in a local or global perspective.

Session 7 - Go with the flow, how pollutants disperse in marine spaces

Go with the flow, how pollutants disperse in marine spaces

Before implementing suitable conservation, restoration and prevention methods, it is necessary to understand how pollutants are dispersing in marine ecosystems. Modelling is an excellent and state-of-the-art tool to obtain data about the influx, flow and dispersal of various contaminants over space and time.

We invite speakers to present their research about the fate of pollutant through local and global modeling approaches, and the visualization and understanding of different pollutants in short and long time scales from the past to the future.

Ecosystem Based Management (EBM) provides important tools for a sustainable use of marine resources, taking into account the interaction among ecosystem components and different management sectors, namely tourism, fisheries, civil society, marine scientist, social scientist, etc. EBM also considers human beings as an integral part of the ecosystem, due to the influence that we have on the oceans, and also the use of its goods and services. In the framework of the Decade of Ocean Science for Sustainable Development (2021-2030) of the United Nations, an effective Marine Ecosystem Management is crucial for marine conservation and resource management.

For this session, we invite young marine researchers who work in different marine/economic sectors, to share with us your investigations/projects/initiatives concerning marine Ecosystem Based Management and a sustainable use of marine resources.

Therefore, the sustainable management of marine resources and establishing policies is one of the most important aims of the global agenda.

Session 9 - Dive in with our open session

Dive in with our open session

If the topic you want to present does not fit into one of the other sessions we are happy to recieve your abstract here! 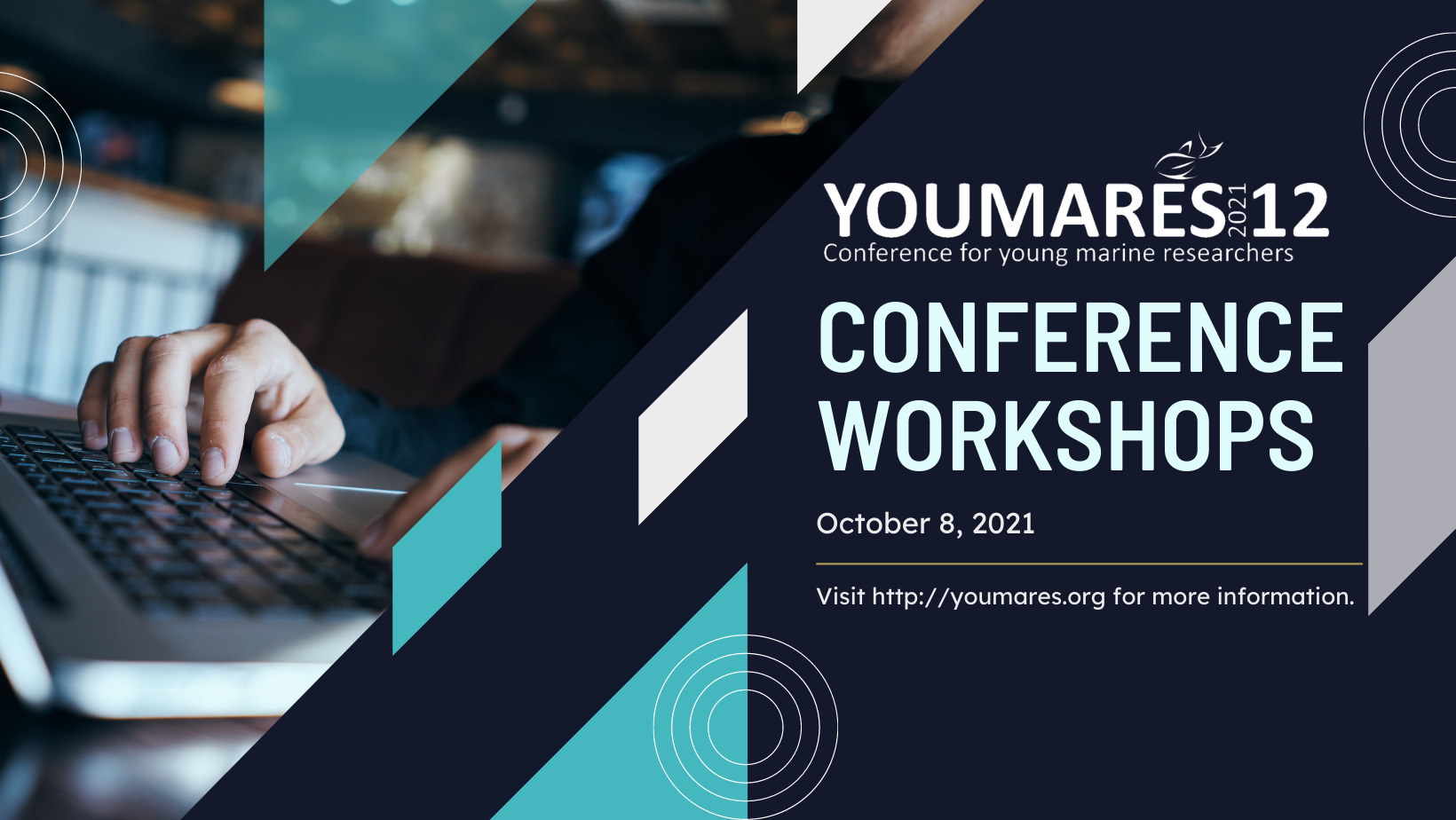 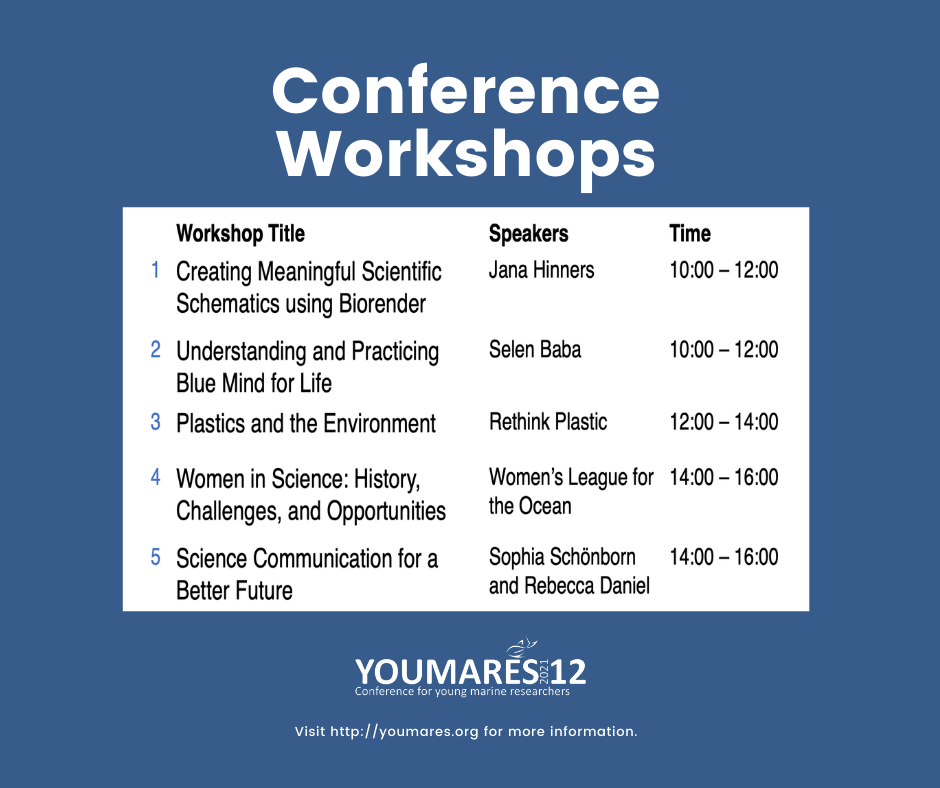